I have discovered Notion.so a month ago and have not looked back!

Notion is a great way of organising your data with tables, media inserts, templates and great (albeit a bit slow) search.

Coming in after years of Evernote, then Apple Notes and lately Bear Notes (still great!), I’m really impressed with the flexibility and immediate usability of the Notion approach.

If you ever wanted to organise your data using Wiki - this Notion thing will finally make it a reality for you. I like it so much I’m migrating even my research notes from the trusty Confluence wiki - because I finally have something usable for day-to-day.

Check Notion out, they just announced free plan going unlimited - meaning you can upload/store/organise just as much stuff as you previously could only on paid plans: 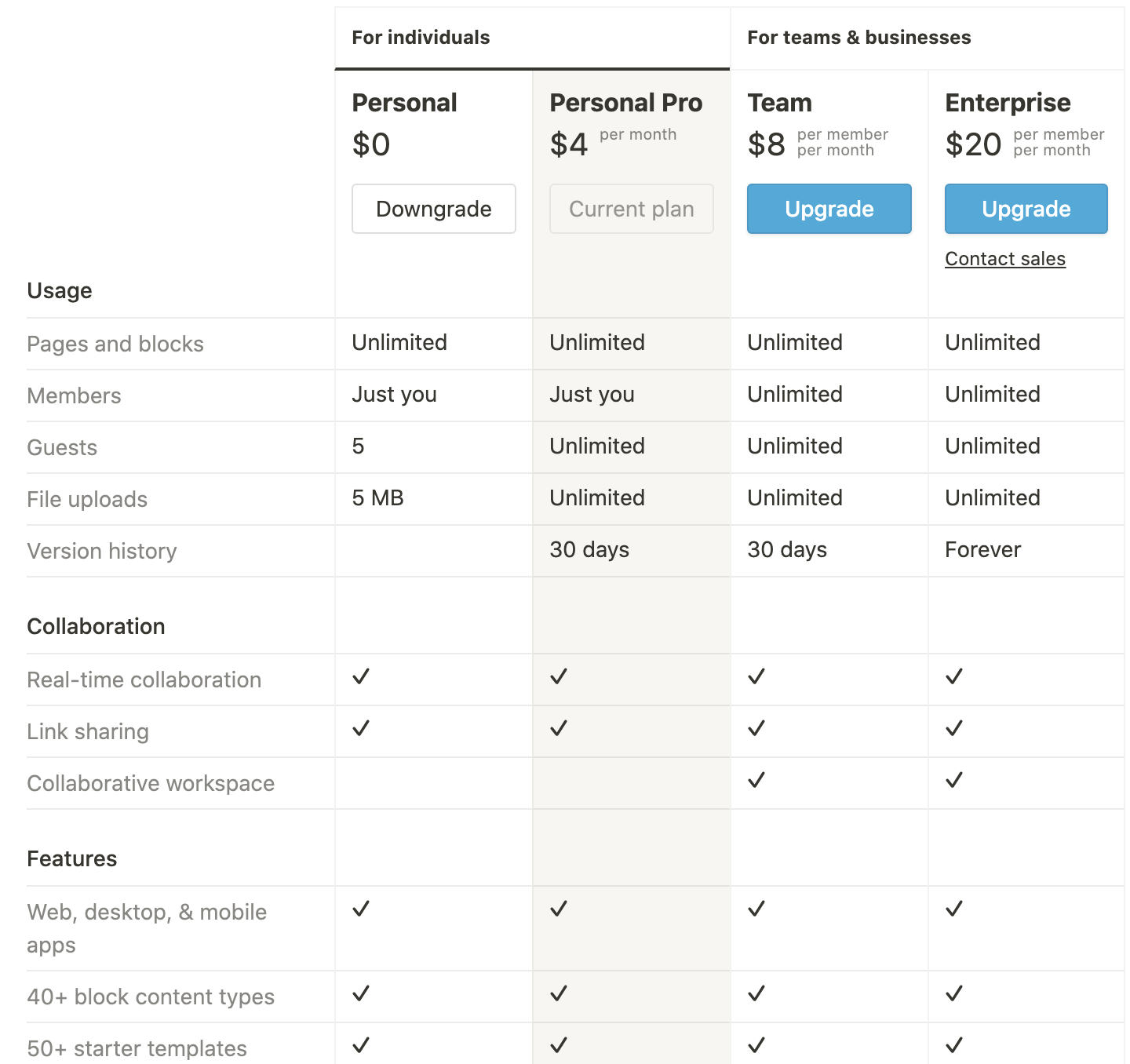 I’on a paid trial plan and think I’ll keep paying for the service - I’m learning something new about Notion every day and it’s done wonders to my ability of planning and researching things. Seems API access is coming soon - that feature alone should be worth the money.